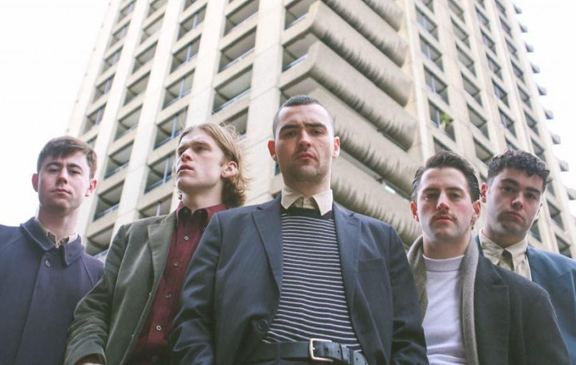 It is the inaugural Brightonsfinest Radio show with Jeff Hemmings and it packs a powerful punch to kick things off. Along with fantastic new tracks from the likes of Ezra Furman, Black Country New Road, Strange Cages and Richard Dawson, there is an exclusive interview with The Murder Capital which takes a look at their fascinating debut album.

With Theresa May setting the country’s terror alert to ‘Critical’ earlier in the day, armed police paroled around Brighton train station at the start of the bank holiday weekend. Half a mile down the road, Kate Tempest took to the stage for the closing show of the city’s festival in what turned out to be a triumphant display of human enjoyment and togetherness under the backdrop of a nation still in mourning.

Brighton festival’s guest curator this year is the multi-disciplined and Ted Hugh’s award-winning Kate Tempest. The festival’s opening gig was staged at the Brighton Dome arts venue where Kate was joined by several other notable contemporaries. Omar Musa, a poetry slam champion from Sydney Australia; Kat Francois, a proven performance artist who has been part of the London scene and fundamental in its inception for some time; and live music from ensemble act Melt Yourself Down. The bill promises to be a small taster of what to expect over the next 23 days in and around Brighton and Hove.

There is something funny about gigs in churches. Maybe it’s that bit in the Bible about not worshipping false idols, but this is where we find ourselves, on a mild night in December. The occasion for several hundred people to convene isn’t anything to do with religion, well unless you consider religion a religion, but that’s a topic for another time. The reason is to witness one of the brightest lights at the moment perform in an intimate venue perhaps for the last time. That bright light is Kate Tempest. For those of you out of the loop, Tempest is the poet-turned-rapper-turned-poet who since 2013 has released three flawless studio albums, a couple of spoken word albums and a slew of books and plays. In a nutshell she is Dylan Thomas mixed with Rakim. OK, that is a pretty basic summation of her, but if you could imagine Dylan Thomas now, writing about the inner workings of South London, set to a gritty beat, you’re on the right track. But I’ll get to Tempest in a bit.

Brighton will get to see plenty of Kate Tempest next May. She has been named Guest Artistic Director for next year’s Brighton Festival. A hands-on job, it will enable her to curate artists and acts she believes in, and hopefully we’ll get to see her perform too. She’ll also be, by some distance, the youngest Guest Artistic Director the Brighton Festival has ever seen. Only 30, Tempest’s list of achievements are already extraordinary; Mercury Prize nominee for her debut album Everybody Down, Ted Hughes award winner for Brand New Ancients, shortlisted for the 2016 Costa poetry award, writer of several plays including Wasted, Glasshouse and Hopelessly; and acclaimed novelist with the multi-generational tale of drugs, desire and belonging, The Bricks That Built The Houses.

But it is her music that she is best known for. She has a long history of performing at open mics, spoken word events and with bands, all of which prepared her for Everybody Down, her first official album release. It was a brilliantly conceived collection of narrative tracks that married her traditional poetry craft, her skilful and resonating spoken metre, with the kinetic agitation of hip-hop and urban electro beats courtesy of Dan Carey. With that album she spoke from the heart and with a great deal of courage about everyday tales of poverty, class, consumerism and even simple everyday living – at times drawing on mythology and holistic philosophy to tie the individual narratives into a cohesive whole. Socio-political issues were being subtly woven into the fabric of her characters’ lives. She was a much needed socio-political voice in a sea of trite and trivial pop and rock. But she was also sharp and funny with it.

A couple of months ago, she released her second album, Let Them Eat Chaos, also made with Dan Carey. A continuation of Everybody Down, Tempest delved deeper into her thoughts on the universe and everything: each individual’s place within it and the interconnectivity between them and all things. It’s a collection of songs centred around an apocalyptic storm, that ultimately pulls together the lives of seven seemingly unconnected individuals, living on the same anonymous street in London. It details their lives at 4.18am, perhaps the deepest part of the night, a time when humans are perhaps least physically connected.

There’s been a buzz brewing following the announcement that Kate Tempest has been named Guest Artistic Director for next year’s Brighton Festival. She’s young, talented and will resonate with many younger people, who often feel sidelined by what is one of biggest and most well known arts festivals in the country. Not because they don’t like art per se, but to have someone represent them, to be on their side, as it were, can only be a good thing.

As I made my way to the Concorde 2 on a chilly February evening to see Kate Tempest, I genuinely had no idea what to expect – I was pretty sure however that it was going to be a decent live performance at least due to Tempests’ involvement in the theatrical side of things, for as most people might not know – Tempest is also an; acclaimed playwright (whose recent play ‘Wasted’ did two extensive nationwide tours, and two sell-out runs at the Roundhouse in London!), poet, rapper, songwriter and performer all bundled into one human being. However, I wasn’t quite prepared for how much Kate Tempest’s performance would both impress and move me emotionally.
Read More...