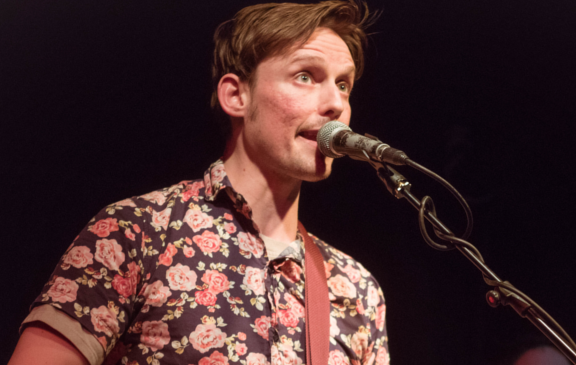 In their first show of 2018, Fragile Creatures return to the Brighton scene and bring with them a feel good start to the weekend whilst showcasing some of the freshest rising talents coming out of Brighton.

Opening tonight are Bloom, whose fresh style of indie-pop and fluffy melodies are enough to bring a smile to even the coldest of nights. The band have a great deal of fun whilst performing, with smiles and chemistry constantly ongoing through the duration of their set. The group’s vocalists bounce off each other brilliantly and generate some truly graceful harmonies whilst some incredible bass work brings a remarkable sense of funk to the performance. Band names can sometimes mean nothing, or come across as very silly. Or be so all-embracing that they too lose all meaning. Everything Everything? TV On The Radio? Vampire Weekend, anyone? Then you get something like Fragile Creatures which is a neat encapsulation of humans. Well, as neat as you can get within the limitations of a bands name. But it nearly didn’t happen for this Brighton -based five piece: “There was a guy called Dave, who was investing in us and he said you should call yourselves Fragile Creatures, right from the off,” remembers Adam Kidd, lead singer and guitarist. “We all said ‘no’,” Adam laughs at the memory of it, “Then a couple of months later I said halfway through a rehearsal: ‘Guys! Got a great idea for the band name! Why don’t we call ourselves Fragile Creatures?!”

Indeed, such is the human way with appropriation and rights… But, whoever deserves the credit, there is no denying it is a great name for a band, surely that all but the most egotistical of us can relate to. We are all fragile creatures after all… They even have a song called Fragile Creatures. “Human beings are fragile creatures, and that is the subject of the song. I was reading the New Scientist, and maybe using that as a shield, against the emotional stuff in the lyrics underneath,” says Adam. “There was this article, which says when crocodiles come out of the egg, they are ready to kill, they scurry off on their own. But being human beings, our heads are too big for the birth canal, so you need to have a family unit to look after the child when it comes out. The head isn’t fully hardened; there are lots of physiological reasons… We are pretty pathetic without each other, and that is true of the band, we make up for each other’s weaknesses.”