One of the few bands to outlast the indie guitar band explosion of the mid-2000s, Field Music’s un-selfconscious, anti-fashion stance has seen them compared to the likes of Steely Dan, Todd Rundgren, Scritti Politti, Talking Heads, Peter Gabriel and XTC. They may not have achieved much in the way of commercial success, but for the last 15 years they have been pouring their hearts and souls into Field Music, as well as a number of side projects including Peter’s You Tell Me band – also featuring Admiral Fallow’s Sarah Hayes – and David’s School of Language project, whose third album, 45, was released last summer, a satirical take on the 45th Presidency, Donald Trump.

You Tell Me have forged something bright and bold, a work that largely marries the personal lyricism of Hayes, with the production and multi-instrumentalist skills of Brewis. Low key on the surface, less grand than what we are used to with Field Music, and recorded in a very short space of time, it is still full to the brim with sparklingly short and inventive orchestral-pop vignettes that place melody at the forefront. A minor triumph. 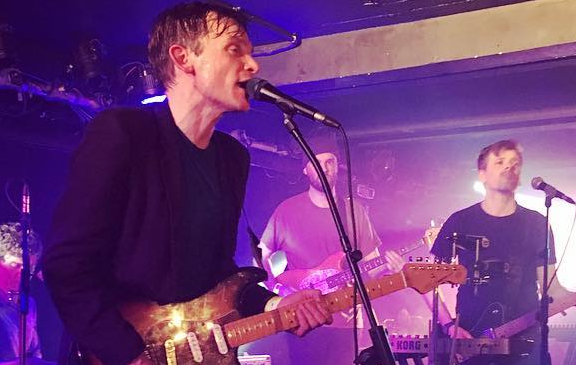 The Brewis brothers of Sunderland are remarkable musical siblings, as siblings often can be. They’re kind of similar to the White brothers (Alex and Tom, ex-Electric Soft Parade) of Brighton; both sing, play guitar and drum and, no doubt, play any other instrument that is available to them. They also swap around – tonight they regularly swap singing, guitar and drum duties – and both write songs. To have been brought up alongside a younger or older brother/sister and to make music from a young age is a blessing for most. Yes, they may have always struggled to make ends meet (and there’s now young mouths to feed), but they soldier on. It’s what they do.

The Brewis Brothers, Peter and David, have just released their brilliant new album, Open Here. As well as at Komedia on 8th March, they are performing a special in-store show (plus signing session) at Resident this Thursday (8th February). To attend (with a guest) you’ll need to pre-order their new album via Resident.

There’s a new directness in town. One of the unintended consequences of the EU Referendum, Trump et al, is that musicians and artists are zeroing in on matters social, political and environmental. There’s a strong sense of fear, anger and bewilderment in the air. Many artists have decided to deal with the ongoing shock waves that decisions made on both 23rd June and 8th November 2016, sparked. Previously apolitical people or only those with previously dormant concerns have become energised, delving into a murky world that obviously existed prior to 2016, but which was brought into sharper focus thereafter. Issues of immigration, racism, nationalism, poverty, wealth inequality, nuclear brinkmanship, ecology, and the problematic capitalist engine that is the so-called neo-liberalism have become much more explicit in the writings of artists and writers in all fields. Even pop-rockers, like the Brewis brothers. They have seemingly surprised even themselves at how their concerns have changed. Musically, too, Field Music have become leaner, tighter and funkier, whilst retaining their pop-friendly melodicism and art-rock adventurism that recalls the likes of Talking Heads, King Crimson, 70s prog, Sparks, new wave, The Beatles, Prince, and taking us to the here and now, Metronomy.