Review of the year – Iain Lauder

A new album from the UK’s biggest and most successful band from the last 20 years brings with it a lot of hype and expectation; especially as it has been five and a half years since the previous Arctic Monkeys album and no singles had been released prior. They have an incredible knack of reinventing themselves with every offering and it was certainly in full effect on Tranquility Base Hotel & Casino. Gone with their poppy-rock numbers which we saw in abundance on AM to great effect, and in with the soulful jazz-tinted ballads from a surreal science fiction ideal without a standout single in sight. It’s a concept album of sorts, exceptionally crafted with glorious layers of sonically spectacular sounds which are warm, precise and holding theatrically unnerving tone throughout. With it, Alex Turners’ voice epitomises his confident swagger we’ve come to know and is as strong as we have ever heard, being a real highlight on the album. Is it possible for a band to continue releasing albums of such high quality? 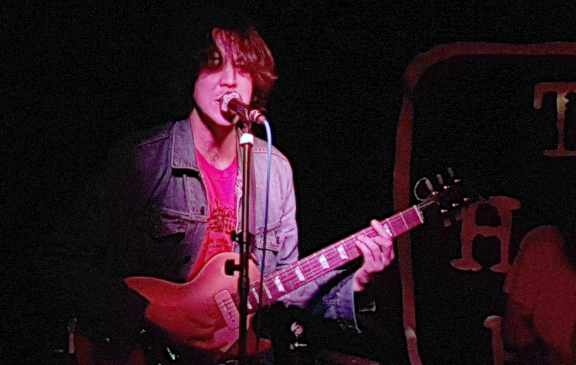 My favourite gig of the year goes to a show which saw one of the lowest attendances I had been to all year, the super smooth whispered Americana of the still unknown Sam Evian. Announcing himself to Brighton at this year’s The Great Escape festival, the New York-based band came back to play The Hope & Ruin with their second album in tow and gave one of the most audibly pleasing, captivating and damn right impressive shows I’ve seen in years. It reminded me of a similar situation when seeing Andy Shauf in an empty Prince Albert pub. The band’s musicianship was immense, the songs incredibly strong, and they somehow managed to sound like so many of the great rock acts from yesteryear but stay sounding totally unique. I cannot wait for the next time Sam Evian comes through our city to perform in front of a bigger audience.

Being a mainstay of the UK’s underground electronic scene over the past few years has led Ross From Friends onto signing a record deal with the Flying Lotus’ highly-regarded Brainfeeder label and a debut album quickly ensued. It retained all of the danceable cathartic stylings that has seen past tunes such as ‘Talk To Me You’ll Understand’ receive over five million views on YouTube. With the dark and bleak atmospherics that can be heard on Burial releases and The Chemical Brothers all-encompassing intensity matched with the enchanting beauty of lo-fi hip-hop’s Nujabes and Aphex Twin’s glitchy parallels, Family Portrait, is an entrancing epic which repeatedly goes from golden vapourware euphoria to the nostalgic four-to-the-floor old school. It’s an immersive, cohesive and engaging first LP from one of the most exciting emerging talents, which stays in safe territories for the most part but gives a truly exciting glimpse of what the UK producer is capable.