Review of the year – Adam Kidd

It’s been a good year for new music, there have been some amazing releases from the local scene that I’ve really rated, from Seadog and 12 Stone Toddler in recent weeks going all the way back to the start of the year when The Fiction Aisle, Fierce Friend and Fruity Water all put out strong albums. I have to be honest with you, though, there’s only one record this year that’s had true staying power for me, and that’s Father John Misty’s God’s Favorite Customer.

Misty, aka Josh Tillman, followed up the magnum opus of 2017’s Pure Comedy with a record that’s a little homelier, a little looser and a lot more personal; dissecting a difficult time in his marriage that saw him move into a hotel for a six week bender. The cultural mouthpiece and indie trickster star who was everywhere promoting the last record has morphed into a quiet, evasive social media emigre, well, until you see him strutting his stuff on stage that is. There’s just something about his witty and emotional Americana that keeps pulling me back in for more, making me constantly wonder what’s next for Josh and Emma Tillman? 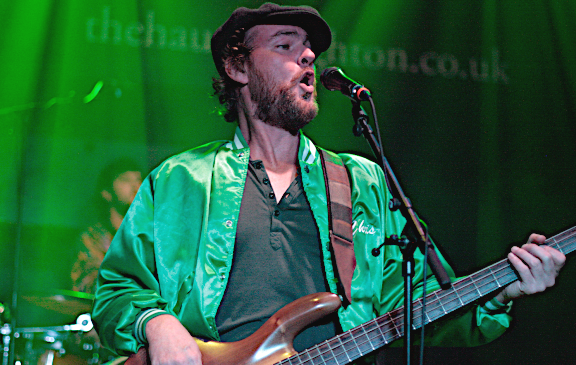 I’ve not covered as many live shows this year for Brightonsfinest, which is a shame when looking back and seeing how many amazing dates we’ve covered. I got to see some really cool stuff at the start of the year, and one that stands out for an honourable mention is the Brighton Festival show that saw Deerhoof working with the amazing Stargaze Orchestra, for a minimalist reworking of a Fugazi record.

However, while that was fodder for the head I think the guys who went after my feet have to win the prize. 12 Stone Toddler’s album launch at The Haunt in November was a real riot. Cementing the new line up of the band with a performance which included a longer set than they’d ever played before, they gave us a tour-de-force which drove home just how great their long awaited third album Idiolalia really is. After this triumphant party launching that wonderful beast of a record into the world, we’ll be eagerly watching Toddler in 2019, to see what tricks they’re still hiding up their sleeves.

I mentioned some of the great local releases at the start of this piece, but one that stands out as a record we really ought to have reviewed is the eponymous debut album from Worthing’s star attraction, Yumi & The Weather. It’s a power pop record that has a fresh modern electronic sound and great songs with huge staying power from songwriter and producer Ruby Taylor. She’s had some great support from the likes of 6Music, and it’s hard not to be impressed by the quality of what’s been produced from this totally independent artist. ‘Look At The Night’ alone is a huge earworm that’s been following me around for months. Unfortunately the mid-September release date was at an insanely busy period in our schedules, letting the album duck slightly below our new music radars. I’ve been listening to it ever since, though, and can assure you it’s a corker that’s well worth revisiting.