Review of the year – Jeff Hemmings

With mainstream music radio currently dominated by electro pop and urban music, it’s becoming increasingly rare for big personalities in the world of guitar music to make their mark. The split between the mainstream and the alternative is a bridge too far it seems. Which is a massive shame, as there are still some outstanding and innovative artists out there, who deserve wider exposure. Such as Anna Calvi, who released her third album this year, Hunter. A concept of sorts, it lyrically and thematically focuses on what Calvi says is frustration, “At the limitations of what a woman is allowed to be, on a very basic level”. She’s taken a long journey to better understand herself, her sexuality, and how she fits in this increasingly topsy-turvy, gender-fluid world, ever since her self-titled debut of 2011. A fiery, no-holds barred writer and guitarist of extraordinary skill and inventiveness, Hunter combines a harsh brutality with moments of serene beauty, as she oscillates between displaying strength, and understanding weakness all underpinned throughout by strong melodies and carefully crafted arrangements. Calvi is a rather disarming artist, and perhaps a little too much of an acquired taste to really strike home in the mainstream, but we should be very thankful for the likes of these increasingly thoughtful, and mesmerising musical personalities. 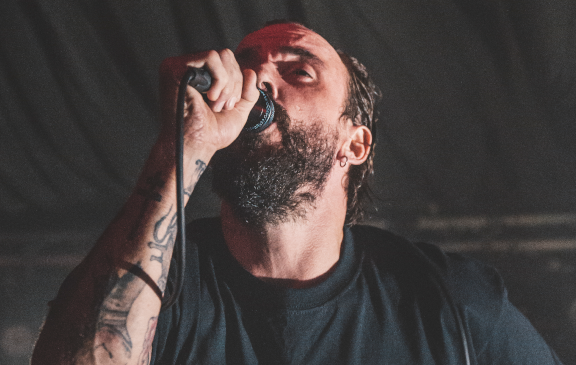 Bristol’s band of the moment Idles, have captured the imagination in a way few have been able to do in recent times. In lead singer Joe Talbot they have a lightning rod for some of the most pressing and talked about malaises of these times; men’s vulnerabilities being at the top of the list, along with fear of immigrants, stoked nationalism, toxic masculinity, and class warfare. Celebration and communion are at the heart of Idles, in a way that Killing Joke epitomised at the height of their powers in the 80s; a kind of open-armed tribal-punk catharsis, that pulls zero punches. With a roaring, groove-based post-punk band behind him, Idles are one of the best live acts around, as they mesh up Swans, with Birthday Party and The Fall, and transport this to the 21st century. They were able to transcend splintering genres to sell out this gig in one day, and next year’s follow up at the Dome, also in almost no time at all. A remarkable band for these extraordinary times.

One We’ve Missed: The Sound of Ivor Raymonde

Simon Raymonde is a man on a mission. Not only does the ex-Cocteau Twin run the successful indie label Bella Union, a record shop in Brighton, and heads up the rather excellent Lost Horizons band, he is also the son of one Ivor Raymonde, a composer, arranger and songwriter who was an integral operator in the musical wild west frontier of the 60s and 70s. Because he can (via his label), and because of his innate love of music in general, and his father in particular, Simon put together an exquisitely compiled package representing some of the best known moments that featured the hand of Ivor. With tracks, including a few hit smashes, from the likes of Billy Fury, Dusty Springfield, David Bowie, Tom Jones, Walker Brothers, and even Ian Dury & The Blockheads, it’s an extraordinary 26-track document of the work of a man who made brilliantly, and pain-stakingly, crafted music, all pre-computer, and pre-digitalisation. He even worked closely with trailblazer Joe Meek, when he was operating out of his tiny North London bedroom, making some of the most innovative music of the early 60s. With accompanying stories, and photographs, documenting this extraordinary period of music making, it’s as good a musical education as you’ll find.