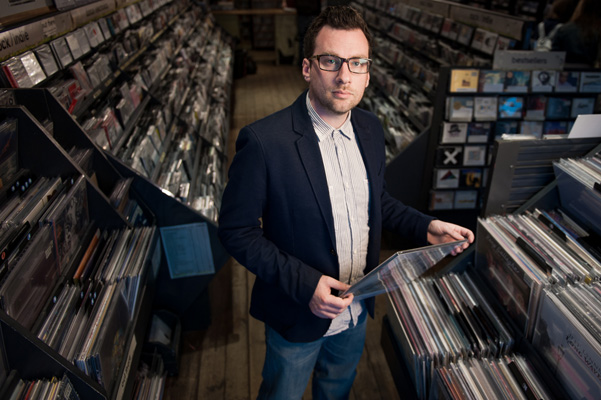 You still buy music?
I’ve realised, like a lot of people, that CDs are dying, and I don’t want to listen to a streaming website where the sound quality is bad. If you really want to enjoy the music you are listening to, it’s not good enough for me. So, I now spend a lot of money on LPs and records! It’s weird that I’ve gone back to that… The only things I may be able to leave when I’m gone is my flat and my record collection. They aren’t going to want CDs! Records are great quality, and they look good in your house.  Because everything has moved towards MP3 and streaming, suddenly, and it’s almost by accident, the record industry has landed itself with a premium product again, where people are prepared to pay a lot for a piece of vinyl.
In terms of the Brighton musical landscape I imagine you’ve seen some changes over the years – what is your take on that?
You see venues close down, and you feel a pang. But then you get new ones like Green Door Store which is brilliant. We’re missing an Academy style venue though, it’s plainly obvious to me. Something in-between Concorde 2 and Dome is missing. Maybe 1000-1200 capacity. We’re screaming out for it! What about the Hippodrome? It’s been sitting there empty for years, is it going to be like that for another ten years… Saying that I would rather see a cinema there than an empty space.
Website: juicebrighton.com