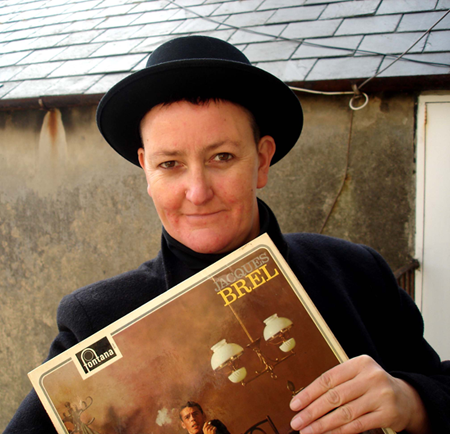 Tell me about your background, why and when did you come to Brighton?
I’m Hastings born and fled, so not from too far afield, but I was always drawn to Brighton. I used to come over for punk gigs, skipping off school to get the train to see the likes of the Slits, Buzzcocks, The Clash, The Damned at the Top Rank and other places, then you used to be able to get a train back at 1.30am for school the next day! Then I accidentally got a job in the Civil Service in Worthing, which was the worst job I’ve ever had, but it provided a ticket to move to Brighton.

What is your job(s), and what does it entail?
Absolutely everyone at RadioReverb is a volunteer. It’s one of the largest voluntary organisations in Brighton & Hove, with more than a hundred people involved in making programmes and managing the station. I’m one of the Directors, and I also produce a weekly programme. Learning to do things like scheduling, some of the technical bits and bobs and endless form-filling for licensing authorities is a bit of a learning curve and keeping a hundred or so producers happy and on track is a bit like herding cats sometimes, but it’s a talented and great team and I’m constantly surprised and gripped by the programmes I hear.