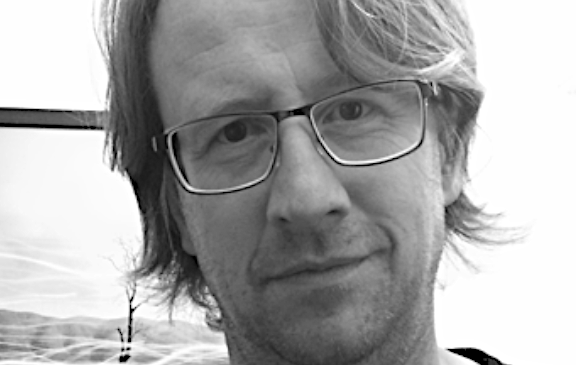 Local independent label Hidden Trail Records has garnered some considerable success with Ellie Ford’s debut album The Other Sun – this is partly down to the record itself, which we called “remarkable” in our review. Still, it’s clear that Hidden Trail punches far above their weight, and has broken a lot of ground with this release. Of course, they’re not a one-artist label, so we sat the co-owner down to discuss the aftermath of Ellie Ford’s album, and to hear what they’ve got coming up in future.

What is the focus and direction of Hidden Trail?
I’d like to claim there was a master plan at the inception of the label, but it just grew quite organically through contacts I’d made via a blog I used to write, and friends in the Brighton music scene. The other owner and I are big music geeks who have pretty varied tastes, so we always wanted to try and have an eclectic mix of music on the label. Although our two releases so far this year have been in the alt-folk world, our next two are quite different.

What were the origins of the label?
In some ways it was a bedroom project – a bedroom, garage and a spare-room have all housed Hidden Trail so far. We released our first compilation in March 2013, but the label really came into focus at the end of that year when we released the first of the Hidden Brighton compilations. Partnering with a great bunch of artists and a local charity was a really fun experience and it was during this time that my ideas for the label became clearer – it was also when I convinced Jon (my co-owner) to join me, and was the first time we met and worked with Ellie.

What kind of a team do you work with at Hidden Trail?
Primarily Jon and I run all the day-to-day requirements of the label, but all the releases are a huge team effort. Musicians, artists, producers, PR contacts and many more go into making something from scratch. It’s a buzz, but can be a logistical nightmare at times!

How would you say Hidden Trail differs from other indie labels and as an indie label, what kind of challenges do you face that major labels don’t have?
There is a really supportive community of independent labels and I would expect a lot of our challenges are shared, but from a very personal perspective. I think the largest challenge we face is getting the music heard. There is a lot of excellent music out there and lots of great radio shows, blogs and websites sharing it, but getting it heard and played is always the toughest part.

Is it fair to say the release of The Other Sun was a watershed moment in the label’s history? Does it set a benchmark in terms of other releases?
It was certainly a very proud day for the label! Every release is a long-time in the making, so there is always a mixture of elation and relief when it is finally out. Ellie and I had been working together on making this record happen since the middle of 2013 so I think we were both pleased to see it come to fruition.

The reaction to the record has been really encouraging and it’s really great to see its audience of admirers growing. I think it will continue to draw people in as it doesn’t feel tied to a scene or a genre.

The success of previous records on the label can certainly open up avenues for releases that follow it, but we definitely wouldn’t hold one release up as a benchmark for others to have to aspire to – that would be really unfair as music is so unique.

What do you feel was key to the success of the album?
Great songwriting. It was obvious to me from the first time I saw Ellie play that she had so many strong songs – and they just kept coming!

Where would you say the label is at the moment?
That’s a good question and I’d have to say the situation is pretty open at the moment. We love the music scene in Brighton and I’m sure we will be working again with locally based acts very soon. That said our next two releases are from acts based in San Francisco (M. Lockwood Porter) and Iceland (WESEN), so I’m not sure when that will be.

Describe some of the label’s activity, particularly in Brighton’s scene.
As I mentioned before, the label really came together when we put together a compilation of Brighton-based acts, Hidden Brighton. We put out a physical release and had a launch show – raising money for local charity Grace Eyre. The following year we did the same again with the imaginatively titled Hidden Brighton #2 – this time partnering with The Clock Tower Sanctuary – I’d like to think that #3 is going to come along sometime soon.

I also have a monthly show on 1 Brighton FM that focuses on Brighton based acts and shows coming up in town. This is done in conjunction with The Clock Tower Sanctuary and is called the Hidden Brighton Radio Show. Brighton has such a great music scene and this show gives me a chance to play lots of records that I love.

What other acts are you working with that we should be excited about?
We have two more releases coming out this year. On 16th Sept we release How To Dream Again by M. Lockwood Porter, a songwriter from the U.S. We’ve been fans of Max’s for a while now, putting out his last release on beautiful blue vinyl. This new release celebrates Max’s roots in the Americana scene, but has a real political edge to the songwriting and subject matter.

Then in October we release the debut album by Icelandic electronic art-pop duo ?€$€‎? (Wesen). We saw Júlía and Loji play a show at Iceland Airwaves last year and the rest is history.

Do you always work with the same studios and producers, or do you vary it according to the artist?
We’ve not really got involved in this decision as the producer becomes like an additional member of the band. We’d happily recommend people, but there needs to be the chemistry between them and the producer for sure.

What do you see as the long-term future of the label? Are there any artists you’ve got your eye on? Or are there any areas in which you’re looking to expand?
Short-term we have the two upcoming releases which are keeping us very busy. Medium-term we have a few artists we would love to work with – expect some news soon. Long-term – who knows.
Ben Noble