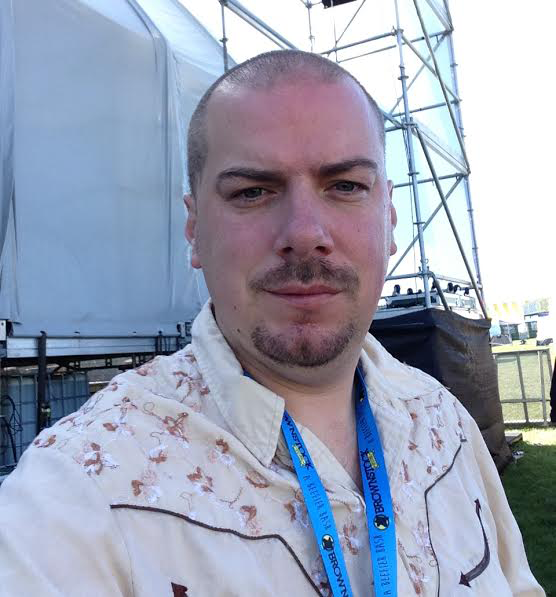 1. What do you do?
I run Brighthelmstone Promotions specialising in live shows in and around Brighton, Brighthelmstone Management/PR (Ian Chambers is key account manager on some of these accounts) as well as co-run At The Helm Records with Ian. I’m also in post-production for Brighthelmstone Music TV, which will be on Latest TV soon….  atthehelmrecords.bigcartel.com

2. Give me an ‘average’ day type scenario
I scan my emails at 7.30am, mainly from US based acts due to time difference. I then check online ticket sales, grab a cup of coffee and head into the office for 9.30am. I look at the To Do list and prioritise my day. I then run a media check on all artists. Ian and I have a 30 minute catch up at 10am to make sure nothing is neglected.

Throughout the day I focus on PR for all acts, make sure that venues and shows are advertised and also drive PR for the label with Ian. Priorities can change throughout the day depending on release dates, tour and publishing etc.

Needs of management artist differ. Some need more attention than others (Depending on tour cycle, releases etc). We rate all the acts we work with and all have different needs. Live music is still the main bread and butter and core of the business.

3. Why did you start Brighthelmstone?
I have loved music ever since I was in my early teens. I had an un-healthy obsession with collecting REM’s music, with ‘Life’s Rich Pageant’ being my particular favourite. I blame Dave Morrison and Shaun Whitehouse from Gilded Palace for Brighthelmstone. I remember going to one of My Morning Jacket’s early live shows they put on thinking ‘I want to do this’. Shaun stopped promoting and said a guy called Peter Bruntnell wanted a live show and would I consider doing it. The rest is history.

4. Tell me about your background pre-Brighthelmstone
I have a degree in Film Media and Culture, worked at RBS and then ended up as Sales Manager and then Business Development Manager for an educational tour Company owned by TUI. On the side I DJ’d and started promoting the odd show. Working in a strict business environment has helped me apply structure to a more enjoyable industry. I think I now work even longer hours than the long hours I worked TUI!


5. Give me some work highlights
Putting on the first Sturgill Simpson show in Brighton. He is now Grammy nominated and was such a gent; meeting and promoting Ian Mclagan from Faces and Small Faces (a diamond geezer) and a loss to the world when he passed away; winning Promoter of the Year in Brighton Noise; Danny & The Champions Of The World sell out shows in Brighton; Pokey La Farge at Concorde 2; Andrew Combs at The Albert (guy is going to be massive); Malcolm Holcombe live; At the Helm Records stage at Truck Festival; gaining press for acts on our label; Hans Chew completely blowing the minds of 300 strangers at the Great Eastern Street party, As DIY and fun as it gets; The new Good Luck Mountain album ‘TOO’; Making new friends through music – Ian Chambers (business partner), Bob Patterson (BPA Live), Tom and Julia (Loose Music), Will and Chris and Team at Prince Albert, Clubhouse Records (Tristan and Danny) Stevie and Jamie (Union Music Lewes), Jeff Hemmings, Mike Morrison, Del Day, Emily Powel and all the wonderful artist’s we work with. Sorry if I have forgotten anyone…

6. What’s the plan for 2015?
To put on more quality shows that sell well, sell more records on the label, book more acts into festivals, make a success of the TV show, put on another Americana Festival (watch this space), develop our sync relationships and use more unique venues such as The Verdict on top of our usual excellent partnerships with The Prince Albert, Bleach, Green Door Store, Komedia and Haunt etc.
We are looking forward to Brighthelmstone Music TV our own television show on Latest Music TV. Brighthelmstone Music TV will be a mixture of music videos, interviews and information on live shows in Brighton and surrounding area, including feature acts performing live acoustically from our HQ’s Greenhouse. These sessions will be called ‘Down In The Greenhouse’ and will be made available on YouTube. These organic sessions, will be a mixture of local, national and international talent either touring Brighton and surrounding area or simply getting that extra bit of exposure. If you are a band or musician and would like to be considered for this simply email: downinthegreenhousesessions@gmail.com with a Soundcloud and up to date biography. The show will predominately feature Roots, Americana, Folk, Blues and Classic album music but is likely to veer off into Pysch mode as well.
7. Will there be another Bootleg Festival this year?
Yes, 2015 will also see the return of the Bootleg Festival. Three nights of independent label’s showcasing three acts. The acts are recorded live with the bands material compiled for a compilation at a later date. 2014 saw The Albert, Fire Records, At The Helm Records and Bucketful Of Brains showcase some fine acts for the first Bootleg Festival.

8. What is about Brighton that works and doesn’t work for you?
The people are friendly and music scene is diverse. With this comes a lot of competiton and choice, which means one has to work harder in promoting. That being said I would much rather collaborate than worry about what everybody else is doing. We ultimately believe our product is good and people will like it.