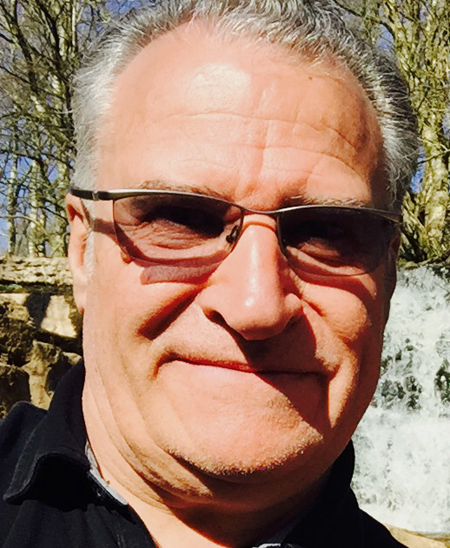 What is your job and what does it entail?
I am the Owner and Managing Director of Brightonsfinest Presents and Brightonsfinest.com and I am responsible for overseeing the investment, the day to day running of both companies as well as the output.

Over the past two years Brightonsfinest.com has been inundated with product from artists and labels all over the UK asking for our advice on how to get their product released and instead of ignoring the emails (as this was not part of the magazine’s initial remit) we decided to do something about it. However we won’t be funding the recording of albums but focussing on preparing and launching product into the UK market and overseas if possible.
So if you know anyone immediately, or in the next few months, looking to release an album or EP or even back catalogue, please get in touch as soon as possible.

Tell me about your background.
Following a degree in Fine Art and a Post Grad course in Film & TV my first full time job was Art Director for B & C Records at the beginning of the 70s which represented various labels including Charisma and Trojan Records. Not long afterwards I became Marketing Manager for Charisma Records responsible for many releases by Genesis, Lindisfarne, Peter Gabriel, Steve Hackett, Monty Python, Barry Humphries (Dame Edna Everage) and Sir John Betjeman, to name a few artists on the label.
Then in the 80s I set up my own management company and signed my first band to Phonogram Records (now Universal) as well as launching my first record label Sedition Records with hits such as ‘Knock On Wood Remix’ (Amii Stewart), ‘Je T’Aime’ (Allo Allo) and ‘Can’t Help Falling In Love’ by Lick The Tins (featured in the John Hughes movie ‘Some Kinda Wonderful’).
I then launched the first independent music telephone sales company First Bell in the UK (24 telephone sales personnel pre-selling singles prior to release) with one of the first successes being ‘Move Closer’ by Phyliss Nelson which went to No 1. Then I launched First Strike, an eighteen strong National Sales team which I eventually sold to Stylus Music (a major TV Compilation company). Whereupon I launched Pulse 8 Records which became one of the most successful independent dance labels in the 90s with top ten hits such as Rozalla ‘Everybody’s Free (To Feel Good)’, Urban Cookie Collective ‘The Key The Secret’, Urban Hype ‘Trip To Trumpton’ and Rage ‘Run To You’, to name a few.

From 2000 onwards I returned to management with 12 Stone Toddler and The Mojo Fins and released all their albums via my own label Amazon Records. Finally in 2010 I launched Brightonsfinest, initially a live events company which later developed into Brightonsfinest.com (the online magazine) and just recently Brightonsfinest Presents.
How does Brightonsfinest Presents work and how do you decide what to take on?
Brightonsfinest Presents has been a long time aim and we have recently secured a National Sales and Distribution agreement with a major record company who will be responsible for getting product into the stores as well as online while BFP will be responsible for all creative strategy, marketing and promotion. I would like to think that we are up for releasing all kinds of music provided it has some commercial attraction and has a solid ‘live’ aspect, which is so important in today’s market.

How do you submit product and what is the deal?
All recordings can be submitted online to theteam@brightonsfinestpresents.com together with a biog and any other supportive material. Term of contract is for a minimum of 3 years with further options based on performance, while fees are based on a percentage of sales less distribution and manufacturing costs.
Ownership of the product remains with the artist or label and reverts immediately subject to a sell off period once the deal has ended. It is my aim to keep the paperwork as simple and as straight forward as possible.
What’s the relationship between Brightonsfinest Presents and Brightonsfinest.com
Both companies operate in their own right however Brightonsfinest.com is in a position to review any release and interview any artist which makes them better known to the wider public as well as the music market.
What will be the BFP’s first releases?
I am really pleased to confirm the up and coming release of the  debut album from Fragile Creatures who have been building a strong following in Brighton and London. The first scheduled single ‘Stowaways’ from the album has already received over 100,000 plays on the internet with a video of the single available soon.

As well as the ‘Fall From Grace’ EP from Los Albertos who have a sold-out headline show at The Haunt on Oct 3rd. One of Brighton’s all time favourite bands have reformed with 4 new brand tracks which will be available on vinyl and digital only.

We are also very pleased to announce Brightonsfinest will be releasing the first in a series of vinyl compilation albums, early in 2016 featuring some of the best and hottest bands from Brighton and elsewhere.
How do you view Brighton & Hove as a place to live and work
Brighton has always had a strong music and festival reputation but the last five years have been awesome and seen Brighton become one of the premiere music cities in the UK with The Great Escape, Alternative Escape, Wild Life, Love Supreme, At The Edge Of The Sea, Breakout and Together The People festivals. Not forgetting the Brighton Fringe Festival. Consequently the best, most innovative and biggest acts want to come and play in Brighton which provides Brightonsfinest.com with virtually unlimited material and source of content.

Although I am originally from London I have lived over 40 years in Hove and feel incredibly excited about the music and events on my doorstep with still more to come later in the year with the Mutations Festival and I think I will be out virtually every night in November with all the amazing gigs coming up. A lot of credit must also go to the number of talented and inventive promoters, big and small, bringing such diverse and talented artists to Brighton.
If you could see any artist(s) dead or alive who would that be?
I would love to have seen my all time favourites The Doors but I have been fortunate to see all my other favourites: Steely Dan, Frank Zappa, Lou Reed, Bruce Springsteen, Neil Young, Crosby Stills & Nash and Peter Gabriel. Nevertheless there is a lot of brilliant new stuff going on in Brighton every night of the week.
What are your future plans?
Secure the first BFP album release in the UK Independent Charts, launch Brightonsfinest Music Awards and App as well as participating in The Great Escape next year and generally doing our bit to make the world a better place!