Who said guitar music is dying? Haven’t we heard this before? Yes, a million times and counting. When synth pop and the new romanticism hit the airwaves back in the early 80s, when dance music took the UK by storm at the turn of the 90s, when Britpop fizzled out in the late 90s and when the mid-noughties four-string revival hit the veritable brick wall. We’ve heard it time and time again. There are no new pastures, no exciting bands, the well is almost dry, and we’re all going to have to deal with the purgatory of computer driven music, soulless auto-tuned r’n’b and probably much worse. And yet, like the Phoenix from the flames, it refuses to die, instead re-inventing itself into new and exciting forms. The Isle of Wight, it’s in a bit of a time warp, is it not? I ask Douglas Richards, who along with his older brother Jamie, and Chris Newnham, founded Plastic Mermaids earlier on this decade, with bassist Tom Farren, and drummer Chris Jones eventually completing the line up. “Yeah, definitely a little bit. There’s definitely some warped sides to it. There’s a lot of chavs, and then there’s a lot old people, and a lot of Brexit voters. And generally, anyone I went to school with who had half a brain, left the Isle of Wight,” he laughs. “Some people decide to come back, when they have kids and stuff. But, there’s also quite a creative community. I think there’s quite a few hippies from the 70s festival who ended up just staying in Ventnor (on the South Coast of the island) and breeding. There is a lot of really good music here, but not masses of people to go to gigs. It’s a slightly strange dynamic.”

The times they are a-changing, sang the Duluth bard, more than half a century ago. But even that visionary would have struggled to foresee a rock’n’roll world being turned upside down by passionate young men, singing about male vulnerability with a seething intensity that can be both exciting and unsettling to watch and hear. The Murder Capital are one such bunch, the band visually coming across like nattily dressed gangsters whilst they theatrically weave around each other, singing about suicide, romance, fear, impotence, mental health, and weakness, but set against a sometimes violent musical maelstrom. As singer James McGovern says about the brooding and propulsive ‘Feeling Fades’, the first song they released as a fully formed studio recording, “I like brutalism because it’s not trying to be beautiful.” Indeed, their beautifully brutal music brilliantly encapsulates their pent-up emotions, before being released in a torrent of controlled chaos and turmoil, with McGovern repeating the refrain “the now elapsed ‘round you and me, and it kept us all together.” Joy Division, The Pixies, The Birthday Party, The Sound, Savages, Idles, and Shame all come to mind, post-punk old and new, adding new and interesting layers and angles to this most dexterous of genres. A certain genre has proven itself to be a saviour of music, one that allows the political, to mingle with notions of art and the avante garde. The profound social changes we are currently going through are being encapsulated by this Dublin five-piece’s heart-on-sleeve music, along with fellow Dubliners Fontaines D.C., with whom they shared a practice space, and Girl Band. 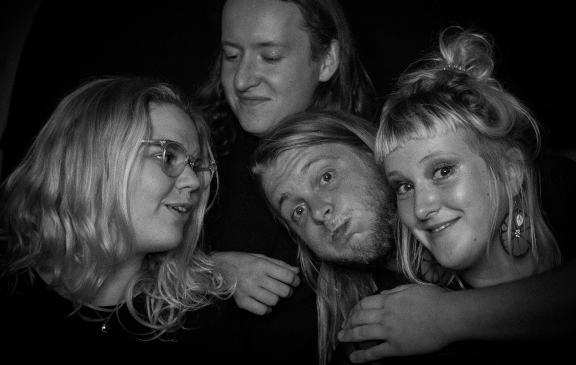 Formed around the chemistry of siblings and dual songwriters Jack and Lily Wolter, Brighton based Penelope Isles are a classic four piece of guitars, drums and bass, with some keys thrown in to the mix. Debut album Until the Tide Creeps In is an album informed by shared experience. Raised on the Isle of Man, Jack moved away to study art at university at 19, when Lily was 13. As an early mentor of Jesca Hoop, Tom Waits described her music as, “like a four-sided coin. She is an old soul, like a black pearl, a good witch or a red moon. Her music is like going swimming in a lake at night”. 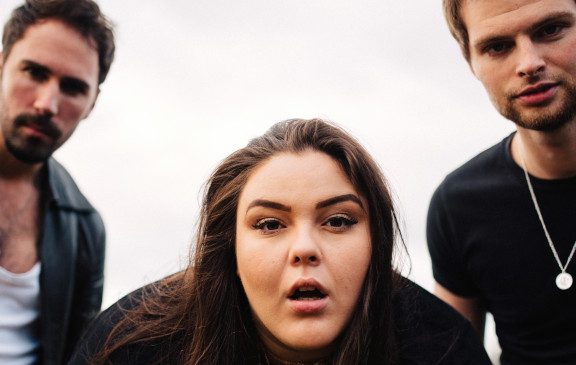 The Australian singer songwriter Stella Donnelly has juts released her debut album Beware of the Dogs, following a number of singles and EPs, including the much talked about Thrush Metal! Part of a fantastic and growing Australian scene that includes the likes of Courtney Barnett and Cub Sport, Donnelly’s straight-to-the-point music is full of humour alongside tough topics such as racism and abuse. Here she talks to Jeff Hemmings about the album, her Great Escape shows last year, Australian politics and being half-Welsh