Following the releases of Rolling Blackouts in 2011, Ian Parton, founder and the main creative force behind The Go! Team, speculated that it may be the last album. Of course, in the heat of the moment things often get said that aren’t quite meant, and lo and behold, The Go! Team are back with a new album, The Scene Between, and it seems a new impetus, as Parton sets about organising their first lives shows for a couple of years.

It’s the fourth album for this one-of-a-kind band, an idea that germinated itself within the mind of Parton, culminating in the release of the debut album, Thunder, Lightning, Strike, back in 2004, an album that was nominated for the Mercury Music Prize, thrusting Ian and co. into the limelight… “Yeah, it was super lo-fi,” says Ian, who has been based in Brighton for 20 years. “It was literally recorded in my Mum and Dad’s kitchen, three mics on the drum kit, just thrown together. Quite painstaking, but quite spontaneous sounding, and deliberately really lo-fi. The ambitions weren’t grand at all. It definitely steamrollered, everything that came from it, supporting the Flaming Lips, Kevin Shields (of My Bloody Valentine) remixing it, Chuck D on a song, all these things I couldn’t have dreamed of. Travelling the world; China, Brazil, Australia, blah, blah.” 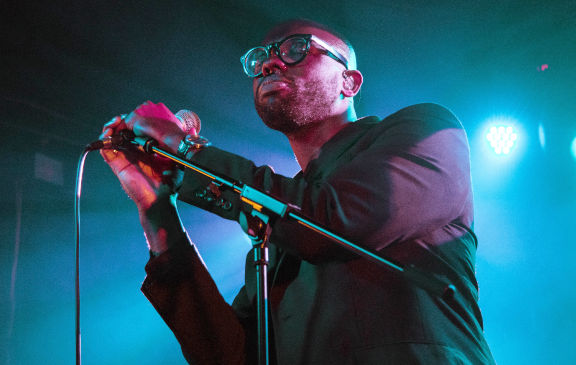 Since the early noughties Alice Russell has been at the forefront of the raw funk and electro-soul scenes, collaborating with the likes of Quantic, ™ Duke, David Byrne, Nostalgia 77 and Mr Scruff, and signed for most of the time to Brighton's long standing Tru Thoughts label. But with a very young daughter, Agnes, now a huge part of her life, we were wondering what Alice Russell would do now, in terms of her musical career? Whether or not she had the passion to belt out those songs that have enraptured fans around the globe. After all, for some people, nothing else really matters, and most everything seems a little superfluous, silly even, as they engage in the life long process of nurturing. But, apart from the fact that, for the vast majority of us, livings have to be made, and work we must, it's obvious that Alice still has the desire to continue developing as a singer and musician, despite being, as she puts it, 'milk-brained'…

Gaz Coombes, Mick Quinn and Danny Coffey formed Supergrass in 1993 in Oxford, at the tail-end of the 'new wave of new wave' movement, and the beginning of Britpop, a golden age for British guitar music, as record decks were being dumped for electric guitars. Of course, Blur and Oasis were the heavyweight champs, the musical equivalents of Ali vs Frazier, slugging it out, somewhat half-seriously, before the eyes of the world. But not far behind were this highly energetic indie pop rock band, who released Caught By The Fuzz on a small independent before being snapped up by Parlophone. That song, a fantastically catchy slice of urban mischief delivered in a slight faux-cockney accent by Gaz Coombes was the first single to be released by the major label. "It wasn't trying to be a real statement, but at the time we knew that it was a big deal. Kids all around England were getting nicked for having a bit of hash on them. In Oxford that kind of thing happened quite a lot. It's all true, so it was easy to write. It wasn't funny at the time… I was only 15 and shitting myself! The song has that disturbing energy. It's comparable to your heart racing. The adrenaline rush you get when your mum walks into the police station is similar to the energy of the song," Gaz has said. This was followed by Mansize Rooster and then their piece de resistance, Alright, a song that climbed to number two and is one of the defining songs of that era, a three minute slice of hugely infectious guitar pop music that radiated youthful optimism. "We weren't part of any particular movement, although we were signed as part of this new wave of new wave movement, which turned into Britpop. We didn't fight against it, we just operated in our own little space."

The international phenomenon that is Stomp has its roots in Brighton, which is where their HQ is still based. In Hove actually, in The Old Market, a grade II listed building built by Charles Busby and steeped in history. It's a building that was erected in 1828 for the purposes of providing a marketplace for the sale of meat, fish and vegetables, and supplied the residential development of Brunswick, then an independent enclave. Which seems apt, as Stomp themselves, and their overall production company Yes/No Productions, have carved out a hugely impressive performing arts and film company, that remains totally independent, and is still very much a part of the local fabric.

2014 was a great year for music and particularly a great year for music in Brighton. It was quite a job to keep up with all the great releases throughout the year, we featured almost fifty music reviews including Birdeatseaby, Blood Red Shoes, Fragile Creatures, Momotaro, Royal Blood, The Levellers, The Mojo Fins and Wilko Johnson & Roger Daltrey. Wilko Johnson had an amazing year, this album with Sussex-based Daltrey looked like it was going to be his last, but he has since recovered from what was diagnosed as terminal cancer – this was one of our first departures from purely Brighton-related album reviews – something we'll be expanding more into this year. With so much going on we launched a 'New Music' section on the home page half way through the year to showcase new music videos from local acts and beyond. The list of bands we featured highlights how much great new music was about – the list included: Afrikan Boy, Alice Russell, Chungking, Clowwns, Demob Happy, Dizraeli & The Small Gods, Fable, Fickle Friends, Gaps, Iyes, Kate Daisy Grant, Lutine, Marika Hackman, Octopuses, Passenger, Pink Floyd, Prince Vaseline, Rose Elinor Dougall, Royal Blood, The Cure, The Physics House Band, The Self Help Group, The Wytches, Tigercub, Time For T and many more.

Responsible for a trio of minor classics in the late 70s, in the form of Pink Flag, Chairs Missing and 154, Wire combined a new wave aesthetic, with art school nous and punk rock noise in creating a unique sound, that transcended musical boundaries. From the frantic punk rush of 12XU to the sublime psychedelic pop of Outdoor Miner, and from the warped industrialism of Once Is Enough to the spooky new wave sounds of I Am The Fly, Wire had it all, alternating a strong melodic nous with an experimental streak.

But, they threw much of that aside, somewhat intentionally, with their fourth album, Document and Eyewitness, a live recording that captured not only the band's desire to not be bound by their history but also expectations heaped on to them by their fans. It seriously divided fans and critics alike, and soon after Wire called it a day, whilst pursuing various solo and collaborative projects.