The Vaccines’ Combat Sports was released in the spring of 2018. That it ever saw the light of day was a testament to the band’s inner belief, but a belief that had been badly dented by the departure of founding member Pete Robertson, in mid-2016, after the completion of their third album; the less-than well received English Graffiti. There had also been some well-publicised inter-band fighting, most notably between Freddie Cowan and Justin Hayward-Young. Guitar music has had a bit of a rough time of late. The 00s represented its last great heyday, when the likes of The Libertines, Franz Ferdinand, The Zutons, Arctic Monkeys, and The Kooks et al, bestrode the world stage, guitars, drums and bass at its beating heart. The internet was young, smartphones did not exist, singles still mattered, Brtipop a fresh memory, and mainstream radio continued to shine a light on the classic pop-rock formula, via beat combos with six-strings at its epicentre. Johnny Borrell still loves his rock’n’roll, but he is under no illusions that the landscape has changed, and not for the best, in his opinion. “It’s not very fashionable at the moment. Every song in the charts is by Rita Ora, isn’t it?” he claims. “It sounds like it, I can’t really tell the difference. There’s no B or C list anymore. There’s A and D. A is absolute bullshit right now, bands pretending to be electro-pop or that millenial electro-pop thing which is the same fucking melody for every song, which is dog shit. Or you’ve got D, which is really underground, and alternative. I can see those things going on, but B and C is just being wiped out. I think the thing that was great ten years ago, even on mainstream radio, you would have some big Dre-produced thing, followed by Kaiser Chiefs, followed by Outkast, followed by Gnarls Barkley, followed by The Zutons or Razorlight or Libertines. There was much more variety. Some people send me links to stuff on YouTube. Too many bands use click tracks. Quite often, I can’t tell the difference between the advert, and when the song begins.” 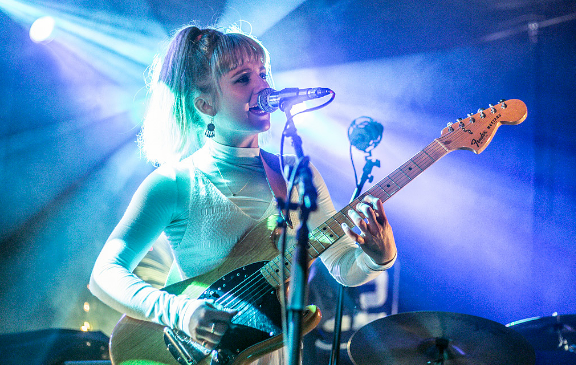 On 20th August, 2016, Tom Searle, founding member of the Brighton-based metalcore band Architects, passed away, aged just 28. Unbeknownst to fans, he had been suffering from skin cancer the previous three years. It was hugely cruel blow, not only for friends and family, but for a band who had started to make some serious in-roads, their previous two albums, both top 20 affairs, were the result of hard work ever since he and his twin brother Dan formed Architects back in 2004.

Back in 2013 I first came across Courtney Barnett when she packaged her two previous EPs, I’ve Got A Friend Called Emily Ferris, and How To Carve A Carrot Into A Rose, into one long player, and gave it a full UK release. The Double EP: A Sea of Split Peas saw this Australian singer-songwriter start casting her spell over overseas listeners with her hazy tales of suburban banalities. In particular, the track ‘Avant Gardener’ was a powerful calling card. An intriguing song initially about the mundanity of getting up on a Monday morning before being inspired by her neighbour to do some gardening, before an unexpected and ambulance-inducing asthma attack takes over, laying waste to Barnett, all detailed in her endearingly lethargic sing-song voice. Even better, the accompanying video features her and a foursome playing tennis, wearing all whites, and playing with wooden rackets. 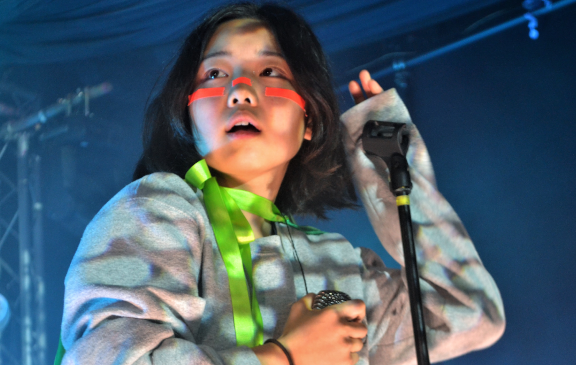 When I first came across Superorganism, and the fact that their 'Something For Your M.I.N.D' was actually being played on mainstream radio, I was suspicious. Was this some kind of manufactured band of happy-clappy optimists, devised by a scheming Svengali? How were they managing to muscle in on the auto-tuned, pop-music-by-numbers production line that pollutes our airwaves?

In the internet age, there are no boundaries to your creativity, and the ability to showcase your art beyond friends and family. This is the great musical revolution we are currently witnessing. Largely gone are the record label gatekeepers, the highly controlled and limited airwaves, and the weekly inkies, who back in the day could knock someone down as hard as they could give a helping hand. If you are willing and able, the playing field is now more even than ever. However, as always, cream often does rise to the top. As Tom Robinson, a champion of new music on the radio, said to Brightonsfinest recently, “You only have to put something on YouTube that is brilliant, and the word will spread. You don’t have to go through the bloody gatekeepers anymore.”

What's in a name? It's the cause of much consternation amongst those who have to carry the burden, the weight of it. Should it be meaningful, and relevant to the sound, or perhaps it should have no obvious ties? Maybe it just sounds good, and looks just fine in the eyes and ears of the beholder. Whatever the case may be, all bands have to have a name, and over the years I've spoken to countless acts who hate what they are called, but are burdened with it for ever. Not so with Her's who, although completely aware that the apostrophe is “massively incorrect", sound quite content with the ambiguity of it.