Sam Walker is one of those local musicians who pops up all over the place. Previously he performed his solo material under the moniker 'The Muel', releasing several limited edition albums including the lo-fi 'Rough In The Bedroom' and 'Portholes' before culminating in 'Once At Everywhere', a more polished collection of songs which came out on Beach Hut Records back in 2010. For these earlier records Sam played pretty much all of the instruments himself and he performed a number of shows promoting 'Once At Everywhere' which transformed The Muel of the studio into a large live band, representing all the instrumentation heard on the record in various configurations.
Read More... 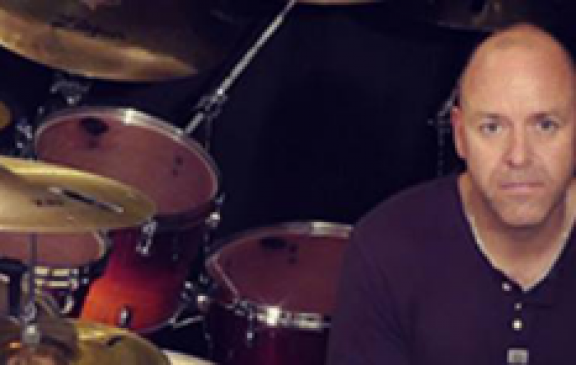 I started playing drums at 14, got qualified in Energy Engineering, but turned to drumming professionally in my early 20s. As a professional player I’ve played for many different artists, from Alvin Stardust to Martha Reeves, Freakpower to Jason Derulo! I started with BIMM in 2002, at the very beginning, as Head of Drums, and have been here ever since. I write a regular feature in Rhythm magazine every month, which I’ve done for 12 years, and also run my own drum studio in Seaford. 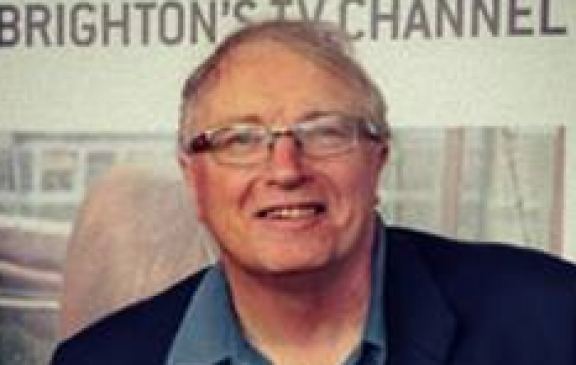 It’s been talked about for a while but finally proper local TV is here, on your television sets, computers, tablets and mobile devices from the end of August. While America has had very successful local cable TV for decades, this is very new to the UK. In all, 30 licenses have been granted in the UK, including Manchester, Birmingham, Norwich, Nottingham, London, Grimsby and, of course, Latest TV in Brighton. Some are on air already, all are expected to be on air by the end of the year. There is plenty of scope to get involved too, either as a programme maker, producer, editor, cameraman, or in any way to do with television.

Royal Blood, eh? Where did they come from? From nowhere (well, at a tiny Brighton venue in Feb 2013, sandwiched on a bill of 5 indie-rock hopefuls), to making the BBC Sound Poll 2014, to high up the bill at Reading and elsewhere with support slots with friends Arctic Monkeys at Finsbury Park under their belts, a Later… with Jools Holland scene stealing performance, a worldwide tour in motion and a UK leg in November to look forward to.

With their tasteful truckers and beards look, bludgeoning riffing and Bonhamesque meets Dave Grohl drumming, the suitably monikered Royal Blood have been a breathe of fresh air, an air raid siren amidst the saturated landscape of singer songwriters and electro pop acts. There are times – and they are many – when we need to seriously rock out and let our collective hair down. Not that this is heavy metal of the old school, more of an amalgamation of grunge, Black Sabbath, Queens of the Stone Age, and a little bit of Rage Against The Machine, White Stripes/Raconteurs and Muse. Their rise to the top has been incredibly quick, and live they have already nailed it, their very simple set up of bass and drums perhaps not the most difficult thing to synthesise when you aren’t burdened with other players. Nevertheless, the sheer power and energy of the duo’s sound has tested many a venues fabric.

Having lived for 11 years in Brighton, a city she still has very strong links with, the Italo-Icelandic singer songwriter prepped for her Glastonbury performance on the Avalon stage, with an occasionally spellbinding performance with what was in effect a 'greatest hits' show. Not that she has had many hits per se, but Torrini has written enough great songs to make that so, including writing Kylie Minogue's Slow hit, a song she doesn't sing live. And with a tear in her eye (she was genuinely ecstatic about being in Brighton, a place she very much loves), she enchanted a large extended family of friends and fans, who in turn displayed a lot of love for this very soulful singer songwriter, a performer who ever-so-subtely can't help but wear her heart on her sleeve.

I remember seeing Marika Hackman when she first started performing and was playing with a full band back in 2011 and since being signed has grown into one of my favourite recording singer/songwriters with her quirky and innovative chord choices and hauntingly beautiful lyrics.

It’s a remarkable beast, this three-day showcase of new music from around the globe. Music lovers descend upon Brighton in their thousands (approximately 15000+), slap bang in the middle of the month-long arts and culture feasts that are the venerable Brighton Festival and England’s largest open access fringe, Brighton Fringe Festival. In fact, The Great Escape takes over to such an extent that the aforementioned festivals practically stop in their tracks, as if waiting for a passing train that cannot stop, such is its power and momentum. Occasionally, you come across a culture vulture who bemoans this interloper, but all-in-all it’s a brilliant addition to what is a veritable playground of arts and cultural entertainment in the month of May.
Now in its ninth year, and once again sold out, if you are willing to endure the queues, the often inclement weather, the hustle and bustle of crowds, and you have the stamina to race around the city from the morning to the early hours – perhaps helped along by the poisons of your choice – there is, short of a normal type outdoor festival, no other opportunity like it here in the UK.
The Great Escape actually kicks off on the Wednesday and therefore the Spiegeltent was a good place to be, just before the hordes have properly descended and setup camp. The Made in Brighton showcase featured the very promising and very young indie-guitar band Paperboy, complete with a ska twist, while headliners Yumi & The Weather showcased the very delicious blend of soulful guitar-electronica. This is a band with very few shows under their belt, but a promising future beckons.
Read More...

'Shouting is my trademark', says Ben Ottewell during the evening's set. To an extent it's a light-hearted acknowledgement of the power of his very rich baritone and bluesy voice, which actually feels like a sound wave when he opens his mouth for the first time, the force of which is tangible. And tonight he is having to fight a little bit harder to be heard. Not that he minds though, he knows this is a hometown gig and the audience is filled with many friends and family, inevitably they all want to catch up with each other. But where better to do this than within the environment of a warm and cuddly Ottewell singing his heart out as always?

Could there be a more literal name for an album, short of calling it 'music'?
There's nothing particularly subtle about AK/DK, nor much in the way of pretence either. Much like Krautrock kings Kraftwerk who named their albums with titles such as Autobahn, Machine Music and Computer World, they wear it on their sleeves, even to the extent of displaying their loved synths, pedals, and other tools and gadgets they employ in trade of music making (along with the clothes they wear…).
Following vintage sounding ambient synth waves of the brief opening trace 'Introduction', AK/DK get down to business with 'Maxwell's Waves', setting the table as it were, with driving and repetitive, synths. Live drums provide the groove-laden backbone; it's where synth-dance pioneer Georgio Moroder meets the rawer, disco-punk of DFA and LCD. Following track 'Random Resonant Arp Disco' takes in some subtle influences from Krautrock before ratcheting up the distortion amid the steady synth melody lines and the bleeps and whirls deeply embedded in the mix.
'Modular' is a crushing, furious beast of a 'song', acid-tinged in places, double drumming driving it along, while 'Autoservice' is more ambient fair, synths bleeping, fluttering and drifting along while what sounds like a melodica ekes out a melody, before closing with the deep sound of a synth and the duo talking and flicking switches in the studio… It's this playfulness about AK/DK that has been a key factor in their growing popularity as a live act, replicated (as well as could be expected here) on record; although the use of a megaphone, a feature of the live show, is almost non-existent except for some unintelligible 'singing' on the epic 'Toucan Tango'.
Synths + Drums + Noise + Surface has been made with the stage in mind; somewhat improvised, and with apparently few edits, it's a good representation of their live shows, which are energetic, high protein affairs that aim to get you moving, nay even noshing, such is their fierce yet rhythmic sound. But the album does the right thing by interspersing some of the heavily distorted noise with gentler electronic grooves and textures with album closer with the Orbesque 'Seq and You Shall Find' providing a suitably calming finale.
Jeff Hemmings
Website: akdk.co.uk
Facebook: facebook.com/akdkband
Twitter: twitter.com/AKDKmusic