Refined during a year spent touring the world playing bass in This Is The Kit, What A Boost is Rozi Plain’s fourth solo album, recorded over an extended period of time, and released on Memphis Industries. Gentle, pastoral, rootsy, freeform, folksy and warm to the touch, it showcases her blossoming songwriting skills. Whilst in Brighton supporting and playing with This Is The Kit, she took some time out to talk to Jeff Hemmings about the new album, growing up with This Is The Kit’s Kate Stables, and juggling her dual roles as a solo artist, and member of This Is The Kit. 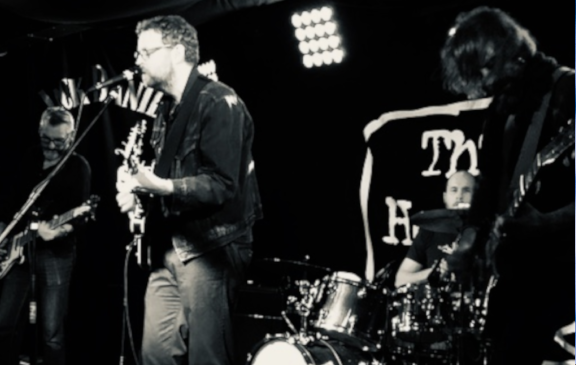 You simply cannot keep a great songwriter down. A founding member of Brighton based The Mojo Fins, Stephen (SJ) Brett has found his feet again, with a new band that includes Paul Pascoe on bass, Oddur Runnarson on guitar and Nick Van Vlaenderen on drums. This is only their third gig together, but there’s a natural chemistry apparent from the off, as they effortlessly gel as a unit. The young singer-songwriter Maisie Peters cut her teeth in Brighton and via YouTube, where she posted a lot of her songs, just her and a guitar. Just 18, she’s already a brilliant and mature songwriter, developing quite a following in a short space of time. She’s just got back from supporting Tom Walker on tour in the United States, has released an EP, Dressed Too Nice For A Jacket, and is about to head out on a UK tour. In May she’ll be performing at The Great Escape.

The Japanese House – Good At Falling

Dirty Hit is the label that just keeps on giving. Set up in response to the supposed lack of industry interest in The 1975 (oh how some must be kicking themselves!), it’s now home to the likes of alt-indie artists such as Marika Hackman, Pale Waves, and The Japanese House, aka Amber Bain. James Yorkston – The Route to the Harmonium

Ploughing a distinctively folk favoured path since he signed to Domino and released Moving Up Country back in 2012, James Yorkston is now up to album number nine with the same label. That total doesn’t including the two recent albums of folk-world fusion music as one-third of Yorkston / Thorne / Khan, along with his recent forays into the world of prose, via his 2016 novel Three Craws.

Jason Williamson and Andrew Fearn continue to prick the bubbles of conformity, with another forensic journey into the dark heart and withered soul of this nation: a place sitting on the cusp of exiting from Europe, to the sleazy pleasure of capitalist benefit scammers, and ignorant nationalist flag wavers, alike. White Denim are an American four-piece rock band from Austin, Texas, formed in 2005, who have established a riotous fusion of garage punk, soul, psychedelic boogie, prog, jazz and country blues. They’ve done this along with a home-based recording style, and jamming approach, alongside looping work, unusual song structures, and an insatiable lust for musical adventure.

Founder members James Petralli and Steve Terebecki are still at the helm, currently joined by Greg Clifford on drums, and Michael Hunter on keys. Already with eight studio albums under their belt, including last year’s Performance, they’ve decided to release an album’s worth of B-sides, rarities, outtakes, and new songs, called Side Effects, out this spring on City Slang. With a UK tour that takes in London’s Roundhouse, and finishes in Brighton for Mutations Festival, Steve Terebecki took some time out before hitting the road. 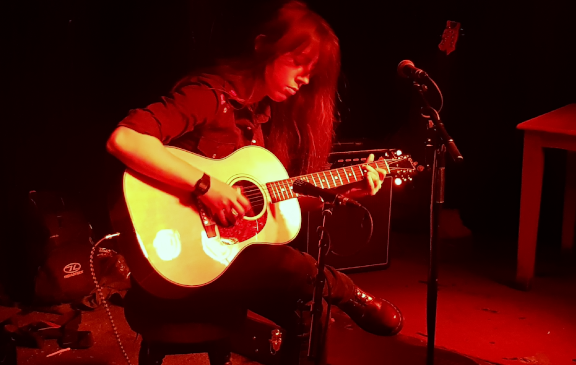 I’ve always enjoyed an afternoon gig. It’s a big reason I’m a fan of The Great Escape. Why should shows always be in the evenings? Well, judging by today’s sell out, no reason at all! Tatty Seaside Town are local promoters of what could loosely be described as alt-goth-outsider-folk and today’s line up is a reflection of that.