Pavo Pavo are a revelation – they have seamlessly come to light in our cluttered musical world, bringing with them one of the most glorious sounding debut albums (Young Narrator In The Breakers) we’ve heard in a while, let alone in 2016. Forming the band whilst studying at Yale University, the experimental pop five-piece are a musical mixture of minds who have worked with some of the best in indie and classical music (such as Here We Go Magic, John Zorn, Dave Longstreth, Porches). Together, they have created something quite special and what’s most exciting is that this is only just the beginning for Pavo Pavo. We put some questions to the band to find out more about them.

After an incredible spout of shows at The Great Escape Festival this year, Julia Jacklin’s sound is one we have fallen in love with. The Aussie singer-songwiter plays a country/folk rock sound that we cannot get enough of, especially after the release of her exceptional debut album, Don’t Let The Kids Win. Playing a mix of songs on her own and with her band, you too will have the chance to see this new talent as she tours the UK supporting Whitney. We put some questions to Julia to find out more about her.

For all those who caught a glimpse of the Seratones set at Together The People Festival this year, will understand the incredible power their music has to pull in a crowd. The band create a glorious rock’n’roll that is quite frankly mind blowing and an experience to savour. The big sound they bring will not only will get you moving uncontrollably but once over will leave you with withdrawal symptoms from there moreish rock’n’roll energy. We put some questions to AJ Haynes, majestic lead singer and all round show stopper, ahead of their UK tour to find out more about Seratones.

Only 24 hours after performing a majestic set being broadcast to the thousands for Boiler Room, Khruangbin graced a buzzing Komedia for what was sure to be another gorgeous performance. Having now played Brighton three times this year – first being a late night set at The Great Escape Festival and then an intimate evening at Patterns – there is a lot of local love for the band. As there should be, the instrumental three-piece play a magnificent mixture of Thai funk inspired psychedelic surf-rock sound infused with hints of Texas blues from where they originate – it’s quite the musical medley.

They say you never forget your first – the first time we heard debut single ‘All My Love’ early in 2015 was the start of our love affair with Trudy and the Romance. In 2016 we finally got the chance to see the trio play at The Great Escape, and boy was it worth the wait, bringing music that is so utterly unique and shrouded in the nostalgia from a love torn youth. With a sound that takes the best of old school crooning American rock’n’roll and doo-wop as well as the scatty indie and garage rock that North West of England has championed in recent times, the Liverpool lads have crafted their own sound with help from lead singer Oliver Taylor is incredible voice which is like no other. We caught up with him to find out a bit more about Trudy and the Romance.

There is a lot of love for Lambchop across the musical board and it’s easy to see why. For over two decades the band has been continuingly curating an unpretentious patchwork of emotionally deep and spectacularly beautiful music. In that time, Kurt Wagner (the creative mind behind the collective) has produced twelve studio albums, some that are utterly exquisite works and testifies the band’s ever-ehanging line-up. Each Lambchop album seems to take an effortless stride into another genre, not drastically, but each time gaining a subtle growth in the evolution of their “alternative country” sound where they first began in 1986.

With four years separating FLOTUS from the previous album Mr. M, Wagner has had more time than he has ever had to mull over which direction Lambchop’s sound would take, and throughout you see this genre hop more so than ever. However, the album starts off in a place not to dissimilar to what we might have heard already from Lambchop with ‘In Care of 8675309’ – the 11-minute epic gives a nod to the loose country stylings that have become a staple in any Lambchop record, yet the use of the arresting vocoder on Wagner’s vocals gives a hint as to what is to come. Wagner, who is 57, decided to take a new approach when writing FLOTUS, learning how to use Ableton Live and studying recent albums by hip-hop’s newest alumni. This is all very apparent in the second track ‘Directions to The Can’ possessing the jazz experimentalism of Kendrick Lemar and the nonsensical auto-tune of Kanye West in a glitch hip-hop beat.

The electronic bibs and drum sounds that opens ‘Old Masters’ gives life to what was previously alluded to in the album’s beginning – new futuristic ideas full of modern influences. This glorious piece reintroduces us to the lounge music sound that championed the seminal 2002 album, Nixon. A lulled bluesy bassline, distant mumbling vocoder vocals and the track’s hazy afternoon beat make the song hit an almost trip-hop level of calm. The following track ‘Relatives #2’ is the album’s beauty spot, the ever evolving song continues the mellow vibe that came before, featuring luscious piano sounds and Wagner’s painstakingly wistful vocal – it’s drossy but sophisticated, sedated yet unrelentingly beautiful. However, FLOTUS’s pinnacle has to be the closing 18-minute masterpiece, ‘The Hustle’. This unhurried track gently modulates to the emotional rhythm it creates, changing shape from rippling tranquilities to intense climaxes. Hearing Wagner’s clean voice at this stage of the album has a rather profound effect too, giving the track an even more sensitive sentiment. With its undulating choppy beat, no doubt inspired by Wagner’s fresh love for Ableton Live, as well as the conversational instrumentation of soft piano and clarinet sounds, very much a past characteristic, the album’s swan song is a real musical treat and perfectly sums up Lambchop from old and new.

FLOTUS, which stands for, For Love Often Turns Us Still, is a quiet album that is almost whispered. It rarely forces itself onto you but effortlessly manages to hold your attention throughout. You become awash with the “new” Lambchop sound as it slowly unravels with pensive meanings and delicate subtleties, leaving you refreshed and astounded as you come out the other side of the hour and eight-minute long musical passage. Having taken a comparatively blind step into the unknown with such a change in musical attack, Kurt Wagner’s Lambchop has incredibly created an exceptional album that’s airy groove is one we want to hear much more of.
Iain Lauder

One of the hottest bands coming out of Brighton at this moment is Sea Bed, aka Jim Corbin and Lizzie Massey, have been gaining substantial attention and praise of late. The duos gorgeous electronica meets R&B sound has had Sea Bed playlisted on BBC Radio 1, performing on the BBC Introducing stage at Glastonbury Festival as well as holding a spot on the New Music Friday Spotify playlist gaining an impressive amount of listeners the band. Having recently released their stunning second EP, The Art Of Living, we spoke to Jim to find out more about Sea Bed and their line-up. 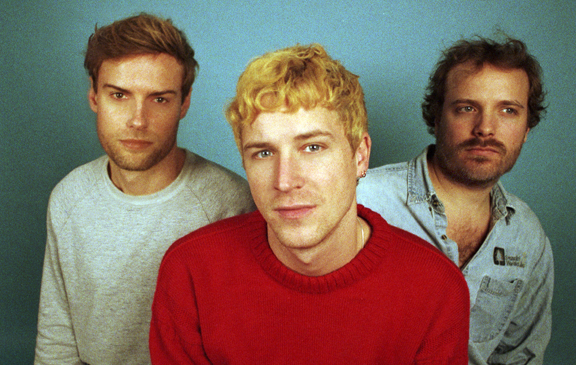 Considerable hype is forming around Palace, winning musical fans from all walks of life. Their smart indie sound first showed its face in 2014, becoming a mainstay of cool emerging bands. Fast-forward a couple of years and the four-piece got signed to Fiction Records, have a couple of EP’s under their belt, and have supported the likes of Jamie T and Ghostpoet on their travels. At the beginning of November the band will be dropping their debut album So Long Forever, which we are extremely excited about, so ahead of their release we spoke to lead singer Leo to find out more about the band. 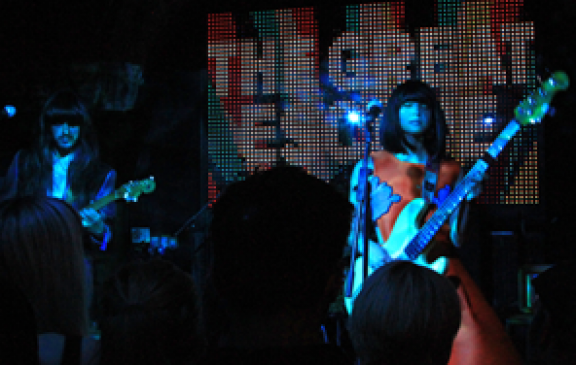 An instrumental three-piece that play Thai funk-inspired surf-rock – what’s not to like? We are certainly not the only ones who love their sound either as an overflowing crowd at this year’s Great Escape Festival proved, all trying to hear a glimpse of this mystical sound. Releasing one of the quiet gems of 2015 with their debut album, The Universe Smiles Upon You, it’s safe to say we are obsessed. The band grace Komedia later this month for what is sure to be another spellbinding show – we put some questions to them to find out more about Khruangbin.

What extraordinary heights can High Tyde reach – yet another local band making impressive waves in our musical world. Indie pop quartet High Tyde aren’t ones to sit back and wait for success, playing countless shows and winning fans around the country. After playing a storming set at this year’s Reading & Leeds Festival, the band have seemed to hit a turning point in their young careers and are just about to go on a huge headline tour which includes mammoth gigs at Brighton’s Concorde 2 as well as Scala in London. Ahead of their sixth EP release, I grabbed a beer with the band after a rehearsal session to find out more about them.