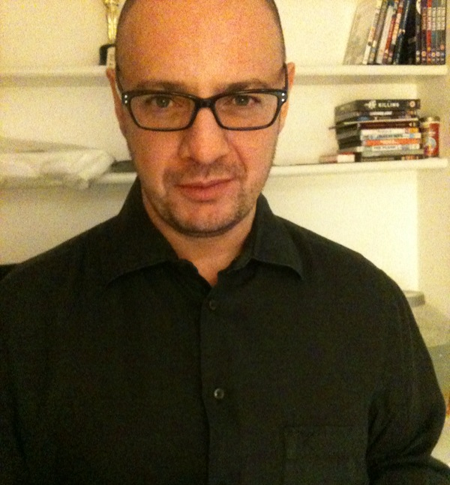 What is your official job title, and what are your roles and responsibilities?
I run Neapolitan Music – I look after live events, a small record label and management company.
Can you give me some work background? As well as Love Supreme what else are you currently involved with
I was originally a corporate lawyer and then ran business affairs at Universal Music for a few years before I set up Neapolitan. As well as Love Supreme, we run Nocturne at Blenheim Palace and we are currently developing a third event. We also have a small record label which has included the soundtracks to Slumdog Millionaire and Sunshine on Leith amongst others.
How and why was Love Supreme dreamed up! What are its USP’s?
I had been thinking about moving more seriously into live music for a while. We had been doing some work with Jazz FM so, for a period of time, jazz was at the forefront of my mind.  We did some research and quickly realised that there was no outdoor camping UK jazz festival – the UK jazz festivals were predominantly urban concert series under the “festival” banner but in fact you normally had to buy tickets for each event in some sort of concert hall or other closed venue.  We thought there might be a gap in the already overcrowded festival market where jazz fans could get the classic British festival experience and see a range of different artists over a weekend. USPs? I think being able to see several A-list jazz acts in one place with one ticket and melding that with legends and the best r&b, soul and funk. Not to mention a fantastic location in Glynde Place and a fun, safe atmosphere.
Although billed as a ‘jazz’ festival, it’s obviously much more than that. Are you able to define the musical policy of the festival?
Jazz anchors the festival. However, Jazz is a very catholic genre of music: it forms the root of contemporary soul, funk, hip-hop and so many other genres. The music policy is that it doesn’t strictly have to be jazz but has to have some sort of jazz DNA. Which gives us lots of room to manoeuvre!
Why was Glynde chosen to stage the event?
First and foremost it’s just an incredible location visually, to spend a weekend immersing yourself in music surrounded by the South Downs is a very special experience. Secondly, there weren’t many festivals in the Sussex area and its easy to get to from London and Brighton. It think it’s important to mention as well that that there is an amazing music scene around the area that we’ve been very fortunate to tap into and work alongside.
Are there any new features for 2015?
Yes, we have what will be a fantastic new woodland area with daytime lounging, music, bars and evening djs where you can relax in the day and party in the evening. I am also excited about our new Jazz Lounge with Blue Note and Impulse! where we will have classic album playbacks, talks, films, panels, coffee and wi-fi and listening posts which lets us really showcase both the legacy of jazz and how vibrant the jazz world is currently.
Anyone you are particularly looking forward to seeing this year?
I am really proud to have secured this year’s European premiere of The Bad Plus Joshua Redman; Chaka Khan is a brilliant show; Van has been on great form of late and Hiatus Kaiyote, a brilliant Australian band who I suspect will be a festival highlight. In the tents, Ambrose Akinmusire and the superb GoGo Penguin. I think GoGo are on a real upward trajectory and have got better and better as a live act.
What are your musical loves, past and present?
I was raised on post-punk acts – anything from The Jam to Talking Heads to PIL and Elvis Costello. That’s what I loved in my early to mid teens.  I got into hip hop for a while and discovered jazz predominantly through that as there was a period that jazz was being sampled freely in those records. Guru’s Jazzmatazz in the early 90s in particular, Gang Starr and ATCQ. Bop is probably my favourite genre within jazz though, of course, I love the Great American Songbook. Presently, I am a big fan of Laura Marling; Flying Lotus and Laura Mvula. I like the new Blur record too.
If you could see any artist(s) dead or alive, tonight, who would that be?
The Beatles, Miles Davis, The Smiths and Joni Mitchell (circa 1975).
What advice would you give to those new to Love Supreme or even going to a festival for the first time?
We have so much great music that I’d spend some time prior to the festival discovering some of the music of the lesser known acts who are performing and when you’re there, follow your ears……