Ghostpoet
When challenged, in 2018, by a fan via Twitter with the question “WHAT are you?”, Ghostpoet responded: “So Interesting. Why is it so important for me to be part of a predetermined genre with its parameters and rules? 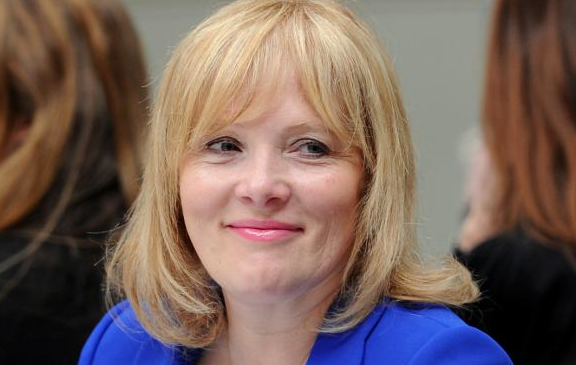 Brighton Pier is truly iconic. A feature of our landscape since opening in 1899, this pleasure pier is Grade II listed, has featured in many works of British culture (Brighton Rock, Quadrophenia, Carry On At Your Convenience et al), and is by far our most important tourist attraction, and therefore asset. Anne Ackord is currently in charge of this timeless attraction, so we recently caught up with her to talk renovations, Horatio’s Bar and the infamous Slaves gig.

What do we officially call it nowadays?
Brighton Palace Pier is its full and proper title.

What is your role here?
I’m the Chief Executive of the company, The Brighton Pier Group. The pier is one of many things we own. We have other businesses throughout the country. Apart from the pier we own adventure golf clubs, nightclubs and bars.

And you’re personally based on the pier?
I’m based here, my offices are on Brighton Pier. I like the view! (Indeed, from the small, rather quaint boardroom, the view is lovely).

How long have you been here?
14 years now. Before I joined the company I was the Operations Director for Butlins Holiday Resorts, and Haven Holiday Park. I had a lot to do with caravan holidays, Butlins holidays, and looked after the entertainment side of Butlins. And also the retail shops, and anything that sold merchandise connected with the entertainment.

I’d never really been to Brighton before. It was a headhunting sort of situation. I got a call one day, ‘Have you ever thought of a company that owns a pier?’ It was a different company (the Noble group) that owned the pier at the time. So, I came to have a look. And I quite liked the look of Brighton, and I quite liked the look of the pier, and the other businesses that were involved at the time.

How popular is the pier?
It’s the fourth most visited tourist attraction outside of London. We have about four and a half to five million visitors a year. We know that three-quarters of visitors to Brighton come to the pier. That doesn’t mean they all come to spend money on the pier. Some come to have a look. Some come to see the sign at the front, which is fairly iconic. It’s still the Brighton Pier at the moment, but if we get through the planning – the rather complicated planning – process that we have to go through, we’ll have the Brighton Palace Pier sign up there, hopefully by the summer. I wouldn’t like to commit to that at the moment! We shall see.

Some people carry pictures of the pier. They’ve seen pictures of it in a brochure in their own country. About 40 per cent of our visitors come from foreign countries.

I understand the maintenance costs are huge…
Not everyone comes to spend, and that’s our financial challenge. Piers in particular are incredibly expensive to maintain. We spend well over a million pounds a year on just maintaining it, below the decks. Add to that what we spend above the decks. That’s a million you don’t really get any return on, apart from the fact it keeps it safe and keeps it standing. You have to commit to that sort of contribution each year. It has to be a business that earns money and makes a profit. You’ve seen other piers around the country that have become neglected, and they fall down. They are hugely expensive beasts to maintain.

You have to be really committed to it. All credit to the Noble organisation who owned it before the Brighton Pier Group. It’s been pretty well looked after these last 30-odd years.

We sometimes take the pier for granted, us Brightonians…
That’s right. And how important it is to the city. And the city to it. It’s a two-way street. People come to Brighton for all that it has to offer. It has a certain reputation. I think it’s the nearest seaside resort to any capital city in Europe. It’s London-by-the-sea. We get an awful lot of people who come down from London for the day. I know one of the big challenges that the hotels in Brighton have is to encourage people to stay longer. To turn it from a one or two night destination into a longer stay.

You’ve just finished a couple of major renovations…
This winter we’ve carried out two huge re-modelling projects, with Palm Court and Horatio’s Bar, which has seen radical change to both venues. Palm Court looks spectacular now. It opened last week. There used to be two venues there, Palm Court Restaurant, and a separate bar behind it, Victoria’s Bar. We’ve joined the two, so it’s one big venue now. 300 covers in the restaurant, and 200 outside.

Horatio’s Bar, which is famous in Brighton for being a karaoke bar and one of the places that is well known on the Brighton scene, has also been remodelled. It’s a little bit of a hidden secret, Horatio’s. It’s got the most spectacular views back to Brighton, from its beer garden. We’ve opened it all up, so you can also see the view from inside the bar.

What is the aim with Horatio’s Bar?
We want to re-establish Horatio’s as a music venue. It was, years ago, and maybe we dropped out of that a bit, and didn’t partake as much as maybe we could have done. But we really needed to do some work in there, and I think it’s ready now.

Tell me about some of the events planned…
The first thing is The Treason Show (23rd-24th March), and some other Fringe events. We also put music on ourselves, and we’re open to any suggestions on that front. We really want to try and develop it.

During the day, it’s used as a bar, and sells food. It’s in the rides area, so is useful for people waiting for those on rides. In summer, there’s absolutely fantastic views. But it can be more. We want to explore what that can be. So, we’re open to suggestions and offers, whether it’s through promoters or whatever.

Are you organising anything in-house?
We’ll be putting on some themed summer entertainment, but we haven’t got that finalised yet as we were waiting to see what it would look like when it was finished. We’ll put our own entertainment programme on during the summer, and we’ve been looking at different things like Spanish nights, samba nights, Greek nights.

What’s the capacity?
350, and it has an in-house PA, which has just been finished today.

How about your opening hours?
Until Easter we stay on winter hours, and then open from 10am every day. The closing time gets later and later as the year progresses, up until midnight. But, if we have a function in the evening we’ll stay open later. We’re fairly flexible on the closing time.

We would be prepared to open late in, say January, if required. The pier has to be a working machine.

The Great Escape (17th– 19th May) has been using Horatio’s Bar for years…
Yes, that’s right. Every year (acts such as Childhood, Slotface, The Magic Gang, Cabbage, and The Big Moon performed there last year) they use it. We also had Slaves last year.

Ah yes, the infamous Slaves gig. Tell me about that!
It was a bit crazy. They were performing on a platform on the Horror Hotel. If we had known beforehand how many tickets had been sold… I wouldn’t have been very happy to have bought a ticket and to have watched it from here (from the boardroom, where we are, which is several hundred metres away from the spot where Slaves were playing). People were desperately trying to get closer. It was a fraught experience. We had to tell them to stop playing. That won’t happen again!

Do you still host student freshers events?
Yes, every year we have a freshers event with Sussex Uni. I think Brighton Uni might join in this year, thousands of freshers enjoying the rides etc.

What are you listening to at the moment?
I tend to listen to Radio 4 these days. But I am a Meatloaf fan. Seen them so many times!

You don’t dabble in a bit of karaoke yourself then?
No, I wouldn’t do that any more. But I used to be a backing singer with The Drifters!

Any special moments for you whilst working here?
Even after being here for 14 years I still get a thrill when I see a child throw themselves on the decking of the pier and look between the cracks and see water beneath them. I would never tire of that.